As a colonised Nation, Canadian history often mirrors England’s.  Canada’s economic development is very different from England’s, however.  One difference is that the Canadian colonies were established as a way to provide resources to Europe.  While Great Britain was developing global economic power through manufacturing, Canada provided needed raw materials to England, France, and even the United States.  Canada’s role in outsourcing its natural resources has directly impacted First Nations communities.  As a result, a new class of poverty was created in Canada – often called the “fourth world”.

Historically, Indigenous people were often regarded as barriers to accessing important resources and land.  The Indian Act of 1876[1] was created in large part to remove First Nations from land needed for settlement and resource extraction.  This Act created a Reserve system, managed by the Federal government, which contained and controlled Indigenous groups. In 1884, cultural practices, such as Potlatches[2], were banned under the Indian Act. In 1927, another amendment made it illegal for First Nations to hire lawyers or seek legal counsel.  This came out of a concern that more Indigenous groups were using the courts to claim rights to contested land and resources.  This treatment of First Nations is remarkably similar to early European policies of segregating ‘undesirable’ cultural groups, such as the gypsies, Jews, and Huguenots…

Assimilation became the buzz word for any policy regarding Canada’s newly emerging ‘fourth world’.  Residential schools[3] became a primary tool for ensuring complete assimilation of First Nations’ children.  The schools were run collaboratively by churches and the government.  In keeping with the terms of the Indian Act, the government saw these schools as the best way to integrate Indigenous people into Canadian society. Churches were invested in the project, so that Indigenous people would accept Christian teachings and turn away from ‘evil’ pagan practices.  The recent Truth and Reconciliation Commission’s (TRC) report has shown irrevocable harm to First Nations groups.  Disease, death, abuse, and appalling injustices have marked the over 150 years these schools were open.  Today, it is clear these schools are responsible for horrible injustices, extreme poverty, abuse, and even genocide!

At the end of World War II, many Canadians had witnessed horrifying injustices against minority people, including Jews and Japanese.  The UN was an organisation created as a result of economic and social injustice, and many new policies were adopted in order to build economic capacity and reduce injustice.  Despite these new efforts, however, Canadian First Nations remained a people who were ‘invisible’ to global poverty reduction efforts.

In the 1960s, it was clear that First Nations communities were experiencing greater poverty, infant mortality, and lack of education than the rest of Canada.  To address this, then Prime Minister Pierre Trudeau and John Chretien (Minister of Indian Affairs) attempted to pass a comprehensive policy which addressed First Nations communities in Canada.  This policy would eliminate ‘Indian’ as a distinct legal status, and name First Nations individuals as “citizens with the same rights, opportunities and responsibilities as other Canadians.”[4] This proposal was immediately rejected by First Nations leaders, who saw the policy as inherently racial – and a deliberate attempt to erase Indigenous cultures from Canada once and for all! 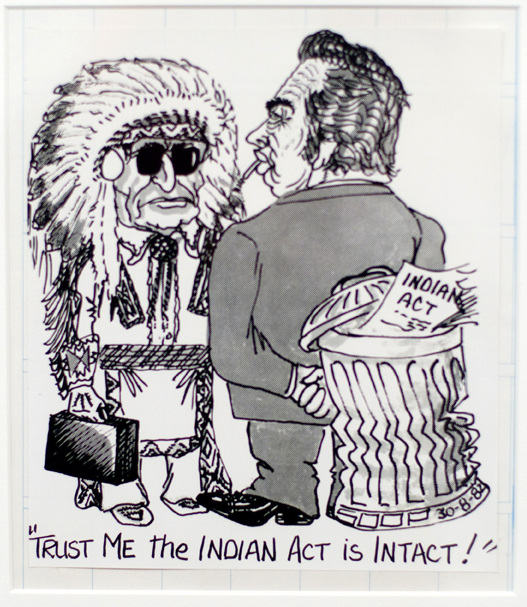 In 2007, the UN created the Declaration on the Rights of Indigenous Peoples (UNDRIP).  It is important to recognize that Canada was one of four countries who voted against this declaration in 2007.  Representatives said that while they “supported the ‘spirit of the declaration, it contained elements that were ‘fundamentally incompatible with Canada’s constitutional framework’”.[5]  It was not until 2016 that Canada finally confirmed a commitment to this declaration. 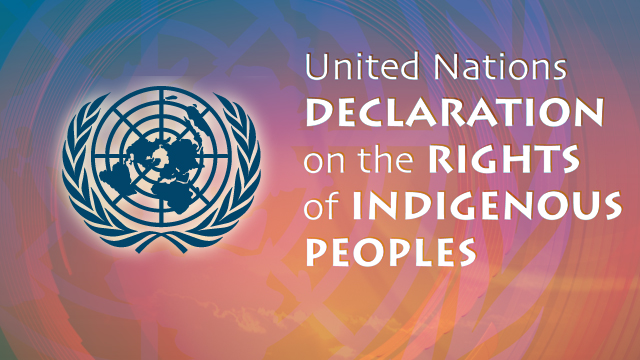 Historical Canadian policies regarding First Nations communities and poverty reduction have failed.  Assimilation, marginalisation, genocide, and Residential Schools, and Reserves have created a ‘fourth world’ marked by devastating poverty and profound social injustice.  Today, many First Nations communities live in poverty conditions which are largely ignored or inadequately addressed by Canadians.  Over 60% of First Nations children are living in poverty.  Many communities lack adequate access to clean water.  Mining and logging industries threaten access to food and important cultural spaces.  Future poverty reduction efforts need to fully focus on redressing injustices which have occurred since the early 1800s.

Next week, I will discuss Canadian efforts in poverty reduction and International Development projects.  Until then, this is Spatial Integrity – Making the Invisible, Visible!